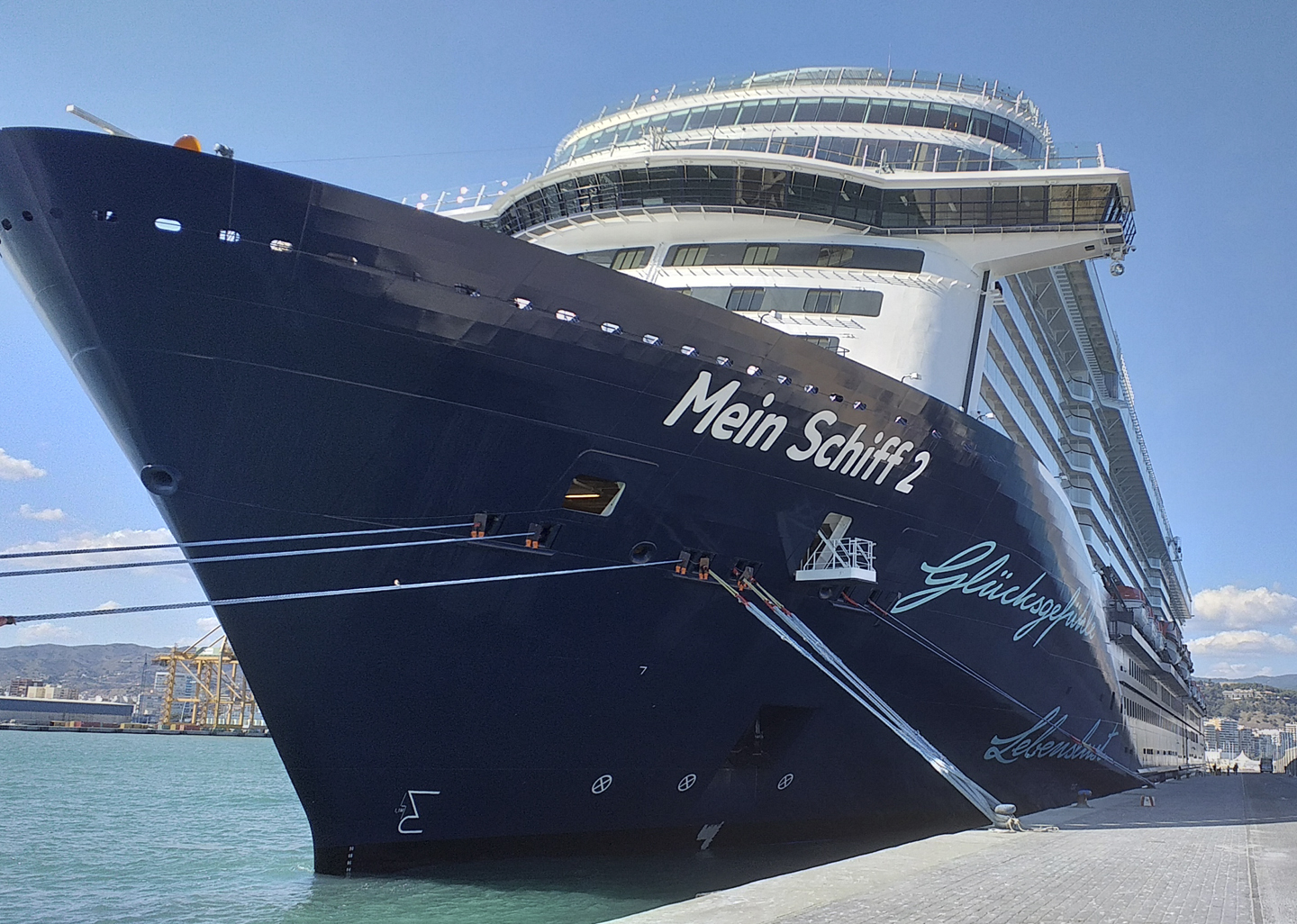 TUI Cruises and AIDA Cruises have confirmed their calls to Málaga.

A very much awaited event will finally take place at the Port of Málaga on Tuesday June 15th: ‘Mein Schiff 2’ from TUI Cruises will be arriving in Málaga at 8am, for a day in our destination as a part of their itinerary from Canary Islands to Balearic Islands, being the first cruise ship calling after 15 months. It is expected to be the first cruise ship call in the Spanish Peninsula.

This call by TUI Cruises will be followed by two more, also by ‘Mein Schiff 2’, taking place later in June, and in July.

Also, AIDA Cruises has recently informed on the Spanish itineraries by ‘AIDAPerla’ from July to November, calling in Málaga every two weeks with a total of 9 calls.

At the moment, Spain may receive cruise ship calls as a part of national itineraries only, with the authorisation of regional governments. Andalucía, region where Málaga is located, was the first region in the Spanish Peninsula to approve a specific protocol for cruise ship calls in national itineraries, followed afterwards by Murcia, Comunidad Valenciana, Balearic Islands and Cataluña. Canary Islands have been receiving cruise ships for a few months now.

The President of Málaga Port Authority, Carlos Rubio, considers that "this is truly important news, because we have been working for months to reach this moment with the application of all necessary security measures." And he also underlines that “from now on we hope to gradually recover the number of cruise passengers that we had in the past, who are a source of wealth and employment. A tourism that in the future will continue to grow and contribute to the economy of Málaga”.

Málaga keeps conversations with other cruise lines which are showing their interest in restarting operations in our port. More calls expected to be added in the future, also with the reopening of ports to cruise ship calls as a part of international itineraries, as soon as it will be allowed by the National Government.